October 10, 2019 | Coconino County Flood Control District: Investing in Post-Wildlife Communities. The Coconino County Flood Control District (FCD) is charged with reducing the risk of flood loss; minimizing the impact of floods on human safety, health and welfare and restoring and preserving the natural and beneficial values served by floodplains. Ideally, the FCD accomplishes these goals through long-term, pre-emptive projects like forest restoration. During the Museum Fire, however, the FCD’s role shifted to emergency response to help mitigate the future threat of post-wildfire flooding in downstream neighborhoods.

On Sunday, July 21, the Museum Fire broke out in the Dry Lake Hills area above Flagstaff. The fire ultimately charred 1,961 acres, including a significant portion of the Spruce Avenue Watershed, much of it severly or moderately burned, which means that the soil is now “fried” and will act like glass and shed water rapidly, a condition known as “hydrophobic soils” like we saw after the Schultz Fire. 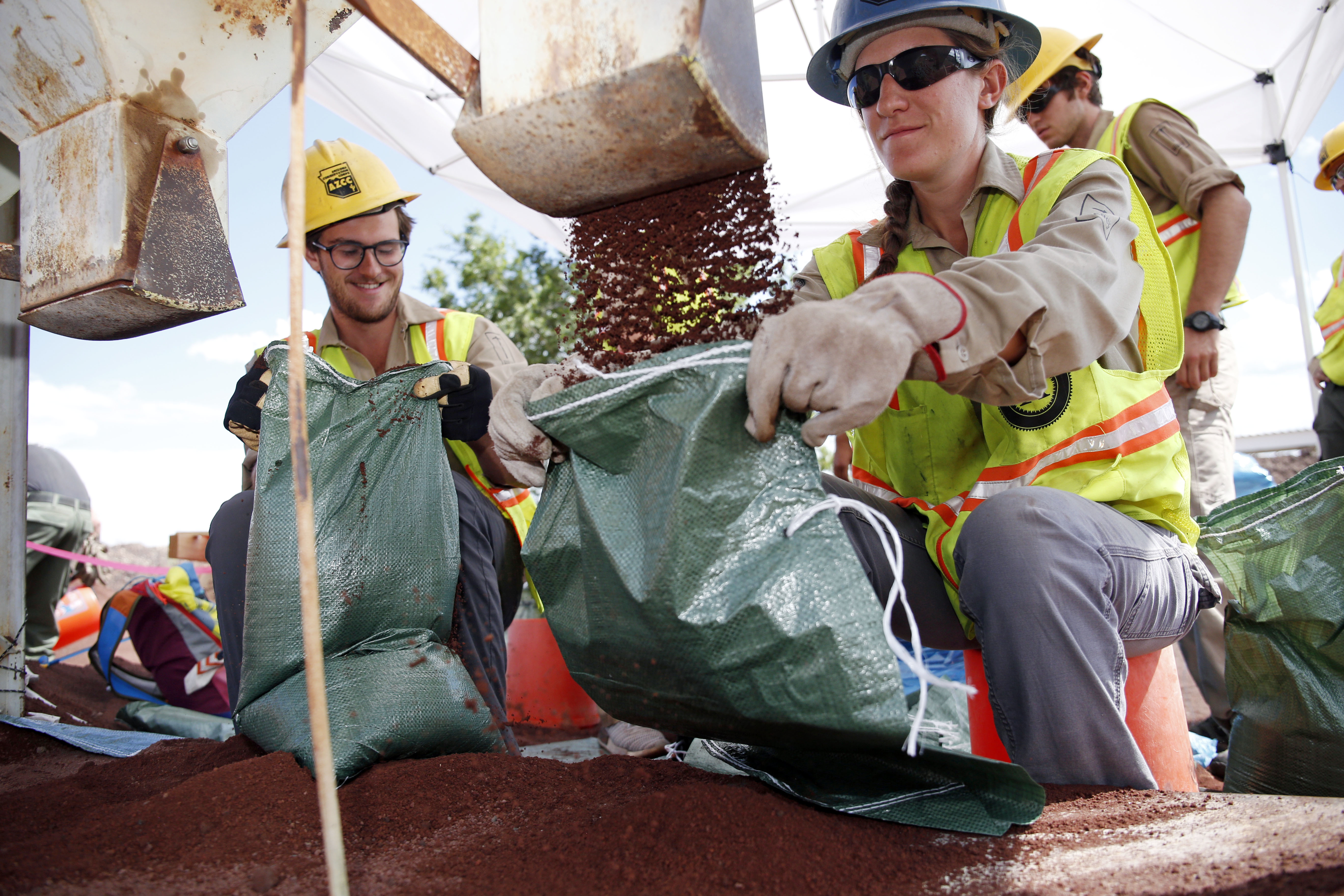 Within 24 hours of the fire’s start, the FCD’s staff and consultants began analyzing the expected flood impacts using stateof-the-art technology and applying the lessons learned from both the Schultz Fire and Flood and Slide Fire and Flood experiences. Fortunately, an earlier FEMA-funded County study had evaluated the potential risk of post-wildfire flooding in the area that burned, and the scientific flood model was easily updated, the results of which then drove the flood mitigation plan. The flood model’s results showed that the Mt. Elden Estates, Lockett Ranches, Paradise Road, Grandview Drive and Sunnyside areas were now at high risk for severe post-wildfire flooding with a 600% increase in flows over pre-fire flows for a 2” rain event. The FCD shared this along with flood mitigation, flood insurance, emergency notification system, public safety and other critical information with residents at 15 community meetings.

Emergency Flood Mitigation by the Numbers

The FCD produced and installed over 600,000 sandbags and placed 6,600 linear feet of barriers to help mitigate the effects of flooding for over 400 homes and over 35 businesses. This work was guided by the FCD’s team of County, City and local engineering firms.

The FCD would like to thank its partners, including the City of Flagstaff, the Department of Forestry and Fire Management Wildland Fire crews, the American Conservation Experience and Arizona Conservation Corps crews for their incredible performance producing and installing sandbags in the neighborhoods and our contractors, most notably Tiffany Construction, for installation of the barriers. Transport of the sandbags and barriers and other needed activities were performed by the County’s Public Works Road Maintenance Division crews under the management of the FCD’s Engineering team. Most importantly, though, we would like to thank everyone in the flood area neighborhoods for their support during this mitigation effort, without which it would not have been possible.